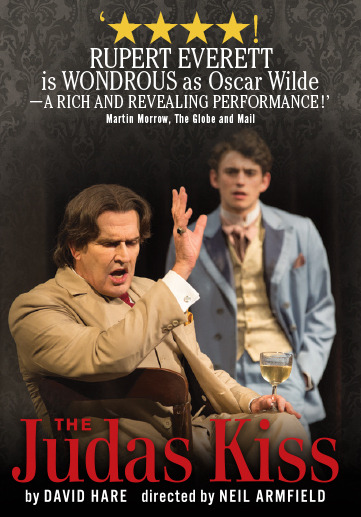 Rupert Everett plays Oscar Wilde in David Hare’s The Judas Kiss —a compelling drama about the power of all consuming love and the cruelty of betrayal. It is 1895 and Oscar Wilde’s masterpiece, The Importance of Being Earnest, is playing in the West End after a triumphant premiere, but already the wheels are in motion, which will lead to his imprisonment, downfall and vilification.

Forced to make a choice between his lover, Lord Alfred Douglas, and his freedom, the ever romantic Wilde embarks on a course towards self-destruction.

Directed by Neil Armfield, this critically acclaimed production arrives in Toronto after a sold-out run in London’s West End.

$25 STUDENT TICKETS:
Available at all Tue-Fri performances.
One ticket per valid student id.
Purchase in-person at the theatre box office only.