Use of flashing/strobe lighting /loud noises/confetti cannons and pyrotechnics throughout. Recommended for ages 6+

Find out whose on stage in the pre-Broadway North American premiere engagement at the Princess of Wales Theatre this summer!

Take a listen to the Original Cast Recording of & Juliet, which features some of the most successful songs of the last three decades.

Learn more about the creation of the hit new musical in this exclusive behind-the-scenes section. 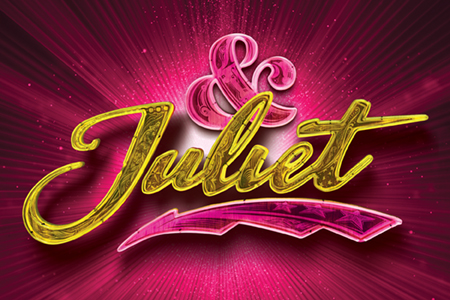 Created by the Emmy®-winning writer from “Schitt’s Creek,” this hilarious new musical flips the script on the greatest love story ever told. & Juliet asks: what would happen next if Juliet didn’t end it all over Romeo? Get whisked away on a fabulous journey as she ditches her famous ending for a fresh beginning and a second chance at life and love—her way.

Juliet’s new story bursts to life through a playlist of pop anthems as iconic as her name, including Since U Been Gone‚ Roar, Baby One More Time, Larger Than Life‚ That’s The Way It Is, and Can't Stop the Feeling—all from the genius songwriter/producer behind more #1 hits than any other artist this century. Break free of the balcony scene and get into this romantic comedy that proves there’s life after Romeo. The only thing tragic would be missing it.

UNABASHED THEATRICAL FUN FOR THOSE IN SEARCH OF JOY!
GLEEFUL, FUNNY & WICKEDLY WITTY.

- THE GLOBE AND MAIL

A SUREFIRE AUDIENCE HIT THAT SHARES THE SENSIBILITY OF SCHITT'S CREEK!
Wildly impressive & explosively funny with glitz for days. Grab a few fun-loving friends and head to & Juliet. 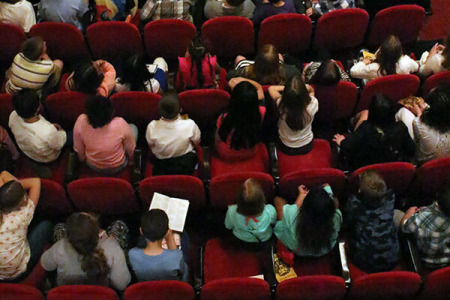 The stage is set for your return to the theatre!

& Juliet is the perfect end-of-year school trip for all grade levels. Packed with fun, witt, and some of the most beloved pop songs of the last three decades, & Juliet will get students excited about Shakespeare, intrigued by the magic of theatrical storytelling, and inspired by a tale of self-discovery, empowerment and love.