Tracie Bennett reprises her star role as Mrs Henderson and is joined by Peter Polycarpou as Vivian Van Dam, Evelyn Hoskins as Maureen and Matt Slack as the Resident Comedian at the famous Windmill Theatre, and Simon Green. 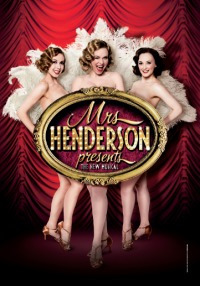