Haze/Fog, Strobe Lighting, Loud Sound Effects, Glitter & Toilet Paper Cannons. Recommended for ages eight (8) and older. Babes in arms or children under the age of two (2) are not permitted in the theatre. 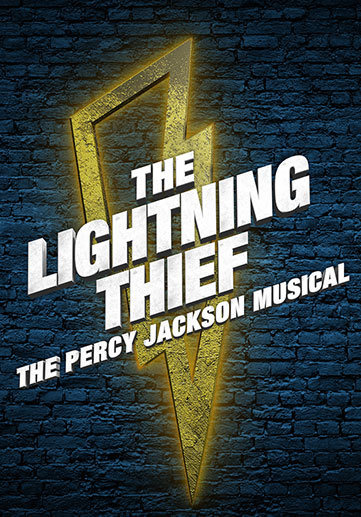 This "winning adaptation" (The Hollywood Reporter) of the best-selling novel by Rick Riordan, THE LIGHTNING THIEF: THE PERCY JACKSON MUSICAL is “a colossal, crowd-pleasing hit of Herculean proportions!” (Broadwayworld.com). The Greek gods are real, and they're ruining Percy Jackson's life. As a son of Poseidon, Percy has newly discovered powers he can't control, monsters on his trail, and is on an epic quest to find Zeus's lightning bolt to prevent a war between the gods. Nominated for 3 Drama Desk Awards including Best Musical, THE LIGHTNING THIEF “hits the sweet spot” (Wall Street Journal) and provides “a spectacularly fun adventure that will thrill everyone in the family!” (Chicago Parent).