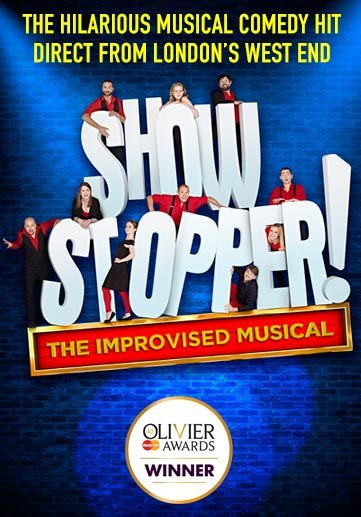 A new musical is born at every performance of this incredible Olivier Award winning show, each created on the spot by the acclaimed musical comedians The Showstoppers. Audience suggestions are transformed instantly into all-singing, all-dancing shows with unpredictable and hilarious results.

Read More
With critically acclaimed West End seasons, a BBC Radio Four series and a decade of festivals and touring to their name, The Showstoppers have delighted audiences around the world with their ingenious, unique blend of comedy, musical theatre and spontaneity.

Direct from London for three weeks only, this amazing team juggles so deftly with musical styles, choreography and comedy that conspiracy theories abound about how it's done. Don't miss their North American debut!