Babes in arms or children under the age of two (2) are not permitted in the theatre. 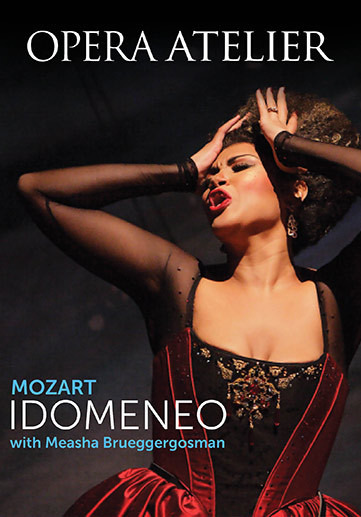 The radiant Canadian superstar Measha Brueggergosman makes a triumphant return to Opera Atelier as Elettra in Mozart’s Idomeneo – the role which won her a Dora Award and international accolades. She is joined by a thrilling cast of Canada’s finest singers, including tenor Colin Ainsworth in the title role, mezzo-soprano Wallis Giunta as Idamante and soprano Meghan Lindsay as Ilia. Brimming with Mozart’s show-stopping arias, deeply emotional ensembles and spectacular dancing, Idomeneo tells the story of the Greek hero who is forced to choose between the life of his son and a terrible promise he has made to the god of the sea.

Performed in Italian with English Surtitles.