The cast of FUN HOME. Photo by Cylla von Tiedemann 2018

Contains mature content and strong language. This production employs haze. Recommended for ages 13 plus. Babes in arms or children under the age of two (2) are not permitted in the theatre. Children older than two (2) should be able to sit quietly in their own seats throughout a performance. 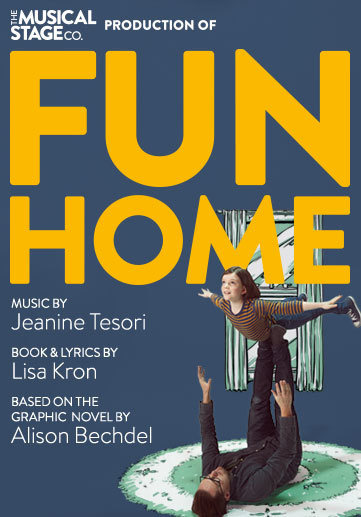 FUN HOME breaks box office record for Off-Mirvish Series and has been held over to May 20 due to popular demand and critical acclaim!

Based on the Graphic Novel by Alison Bechdel

Alison, a 43 year-old lesbian cartoonist, struggles to untangle her complex relationship with her deceased father. Moving between past and present, Alison relives an unusual childhood growing up in a funeral home, her sexual awakening and unanswerable questions about her father’s secret life.

This ground-breaking new musical based on Alison Bechdel’s best-selling graphic memoir was the winner of 5 Tony® Awards, including ‘Best Musical’, and has received worldwide critical acclaim for its stunning musical score and heartbreaking storytelling.