Last week, the Globe and Mail theatre critic J. Kelly Nestruck interviewed playwright Simon Stephens about his unusual adaptation of José Saramago’s novel Blindness. It’s a fascinating conversation from which Nestruck has crafted an equally fascinating article that offers insights about the production that will begin on the stage of the Princess of Wales Theatre on August 4. Below are excerpts. Read the full article here.

Theatrical projects could “pivot” massively in size and scope even before COVID-19 popularized the term.

When the Tony-winning English playwright Simon Stephens was invited to adapt the novel Blindness, for instance, he originally envisaged a huge production that would bring author José Saramago’s depiction of a fictional epidemic of vision loss to the stage with a cast of 20 and hundreds of dancers.

But years later, after an exciting day workshopping the show with the actor Juliet Stevenson, Stephens had a complete change of heart while in the shower – and rewrote his script for just one actor.

It wasn’t a huge challenge, then, to adapt that version of Blindness for a pandemic-friendly production that premiered at the Donmar Warehouse in London last August – a “socially distanced sound installation” with no live actors at all, only the voice of Stevenson heard through headphones...

Was this something you were working on before the pandemic started?

Yes. The director Walter Meierjohann has been wanting to make some kind of dramatic adaptation of the Saramago novel for 20 years... What was really exciting to me was the difference between my reading of the novel and Walter’s reading, because I think he was really startled when I told him that I found it oddly uplifting. But there was something that moved me in a way that I didn’t find bleak and pessimistic … I think in the end, it’s uplifting because it’s told from the point of view of a character who survives the unimaginable.

How much did you have to change things for this new version?

Very little, really. A part of my idea was always that if we could put the audience in the subjective position of being the person that the doctor’s wife in the novel is talking to, then they would engage completely in what was happening in the drama. That’s still what we do. The main collaboration was with the sound designers the Ringham brothers, Ben and Max. Are you familiar with the binaural microphone?

I’ve only read about it. How would you describe it?

It’s crazy, man. It’s a microphone that’s shaped like a human skull. It replicates sound in three dimensions quite perfectly, so you can have an actor running across the room while screaming, as we do in the show – and when you listen to it on headphones, it feels completely like you are in the room with Juliet Stevenson running, screaming across the room to you. It’s experiential and intimate and deeply theatrical, I think.

… I’m interested in how you look at what your show depicts and how that has changed from last year to this year.

I think for Saramago, writing at the end of the dictatorship in Portugal, blindness was a metaphor. He wasn’t necessarily writing about pandemic science or human beings under pandemic – he was writing about the necessity for human beings who can see atrocity to find the courage to say that they can see something atrocious happening. It’s a political fable.

Last summer, I think it felt as though the play had a warning to it – of the urgent need for political organization, for organizing society, for finding language and modes of communication of sharing with one another and trusting one another.

The cultures that I was fortunate to have experienced during the pandemic did come together, did use science, did use language, did trust one another. So perhaps, you know, we’re better than Saramago predicted or imagined. But I maintain the idea five years on – as we still sit in the heart of the pandemic, really, as my isolation is testimony to – that the novel is a novel about the possibility of survival. I find it optimistic in that sense. 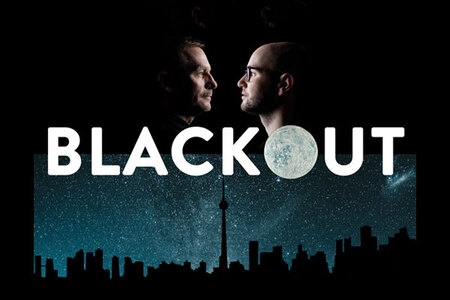 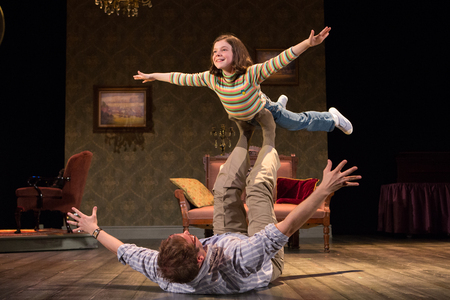 Reelin' In the Years - Fun Home 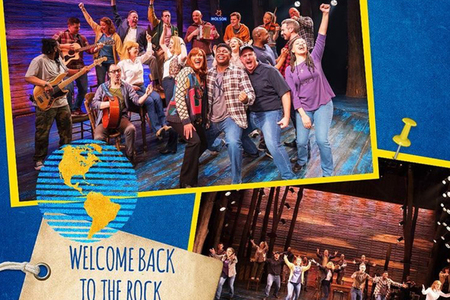 Come From Away Reopens in London