What is the mostly successful Canadian play of all time?

It depends how you measure success. Is it based on critical acclaim? Number of awards? Audience popularity? Ticket sales?

The answer is probably all of the above. In which case, the clear winner is a little show playfully called Two Pianos, Four Hands, or 2P4H as it is commonly known.

I’m pretty sure you know it or have at least heard of it. It has had more than 4,000 performances at 200 different theatres throughout Canada, the US, the UK, Japan, Australia, Hong Kong, South Africa, Austria, Finland and beyond. Nearly two million people have seen it. It’s played three Mirvish runs, each time selling out, and David Mirvish has produced it off-Broadway in New York, where it played for six months, and in London’s West End.

On April 10th 2P4H celebrated the 25th anniversary of its world premiere, but its humble beginnings started a few years earlier.

2P4H evolved from conversations about early musical experiences by two formidable talents in Canadian theatre: Ted Dykstra, a graduate of the National Theatre School of Canada, whose professional career had begun even before his graduation and who had starred in both classics and new works, small-scale plays and large-scale musicals; and Richard Greenblatt, who studied at the Royal Academy of Dramatic Arts in London and returned home to join the Canadian theatre scene, performing major roles from coast to coast.

The stories they shared with each other were very similar: the love-hate relationship with piano studies and practices; the teachers and parents who encouraged, cajoled and badgered them about pursuing their studies; the various student music festivals, which were nerve-racking because of their competitive nature but also nurturing because of the other young musicians they met and learned from; their ambitions, successes and failures.

While appearing in Chamber Concerts Canada's So You Think You're Mozart in 1993, the two were encouraged by the associate artistic director of Tarragon Theatre, Andy McKim, to write down their stories. In 1994 Ted and Richard formed Talking Fingers to write and workshop a new creation that would incorporate their stories. They named it after the term “piano four hands,” a type of duet involving two players playing the same piano simultaneously. But in their version, traditionally called a piano duo, the players each play their own piano, so Two Pianos, Four Hands. The two performed a short piece from their play at Tarragon’s Spring Fair. The enthusiastic response to that and the workshop presentation led to the Tarragon programming the play in its MainStage season.

From its very first performance the show was a hit. Audiences and critics loved it. A national tour was planned. David Mirvish, who fell in love with the show when he saw it at the Tarragon, negotiated with them to produce the show commercially, first in New York, then at his Royal Alexandra Theatre and then in London.

That summer, 2P4H won the first of its many awards: the 1996 Dora Mavor Moore Award for Outstanding Production, and the prestigious Chalmers Award.

In the show’s early years, Ted and Richard performed it almost exclusively (except for understudies who would step in occasionally), eventually logging nearly 1,000 performances. But the show’s popularity and demand for productions were too onerous for them to do on their own. Their production team auditioned others for the parts; not easy to do because the performers need to be able to play piano at a conservatory level and act with impeccable timing and skill.

Luckily, there were performers who could play the parts. Soon, Ted and Richard were each independently directing productions of 2P4H around the world, sometimes translated into other languages. The show became an integral part of their lives, like a family member who comes and goes but is always there.

Reflecting on the past 25-plus years, Ted says: "The process is the reward. It has worked well for me over a long and continuing career. Thus I never expect or want anything more than to just create theatre, anything else that comes of it is icing on the cake. 2P4H remains the greatest icing I've ever enjoyed and I'm very grateful for that.”

Richard adds: “One can never predict what will speak strongly to an audience or any individual in it. We created this story — based on our own experiences — with as much specificity and authenticity as we could muster. The fact that it has been and remains so successful and relevant is a testament to the serendipitously fickle nature of art in general, and theatre in particular. It is humbling and deeply gratifying.”

And Beatrice Campbell, the show’s stage manager from the very first performance, says: “2P4H is one of the greatest gifts in my career as a stage manager. It was a pleasure, and honour, to take care of Richard and Ted, and their wonderful show. They are absolutely two of the best in my books. Of the thousand-plus times I watched the show, never once did I not laugh or feel moved by it. I miss it.”

In November 2013 at Edmonton’s Citadel Theatre, Ted and Richard gave their final performances in the roles of Ted and Richard. That performance was filmed and the resulting full-length live-capture has just been released on Broadway HD. If you’ve never seen this landmark play or you want to revisit it, this is your opportunity to do so.

In case you didn’t know, Broadway HD is the theatre’s Netflix. It has a catalogue of both historic and contemporary filmed performances, featuring some of the greatest actors of the last hundred years. The service operates on a subscription model, just like all the other streaming services. When you sign up you are given a seven-day free trial period. So take advantage of that to see 2P4H and some of the other gems in the treasure trove of filmed plays and musicals. 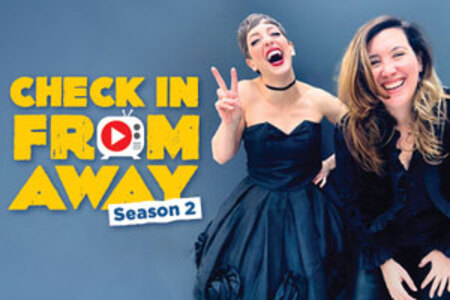 Check In From Away Episode 30 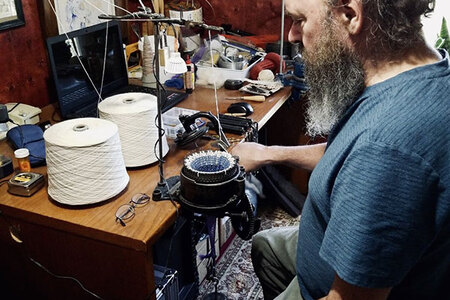 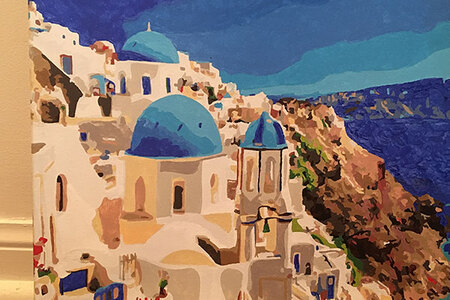