Starring Sting (who will perform at all shows)

Recommended for ages twelve (12) and up. Babes in arms or children under the age of two (2) are not permitted in the theatre. 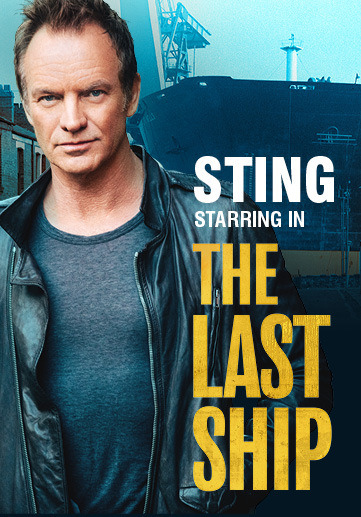 In a rare theatrical engagement, the multiple Grammy Award® winner and superstar Sting will star in The Last Ship, his heartfelt and empowering new musical in an exclusive production created for Toronto alone!

Featuring original music and lyrics by Sting as well as a few of his best-loved songs — Island of Souls, All This Time and When We Dance — The Last Ship is set in the shipbuilding community in Tyne and Wear, UK, and tells the story of a young man who returns home after seventeen years at sea.

The tensions between past and future flare in both his family and his town. He finds that the local shipyard, around which the community has always revolved, is closing and no one knows what will come next, only that a half-built ship towers over the terraces of working-class homes.

With the engine fired and pistons in motion, picket lines are drawn as the foreman and his wife fight to hold their community together in the face of the gathering storm.

Don’t miss this rare opportunity to see Sting star in this “thrilling and stirring musical” (The Guardian), only in Toronto and only for a strictly limited engagement.