A Gentleman's Guide To Love & Murder 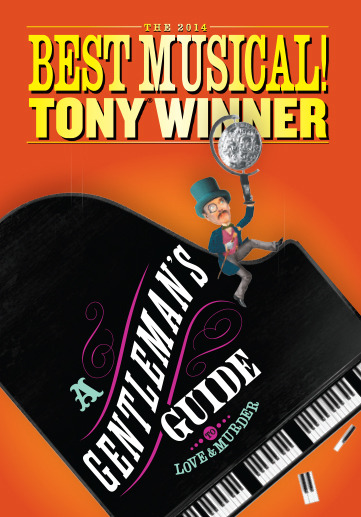 Getting away with murder can be so much fun… and there’s no better proof than the knock-‘em-dead hit show that’s earned unanimous raves and won the 2014 Tony Award® for BEST MUSICAL—A GENTLEMAN’S GUIDE TO LOVE & MURDER!

Get the details on the Dinner/Theatre Package for $130 at LUMA Restaurant.

Direct from New York, where a most gentlemanly NPR critic said he’d “NEVER LAUGHED SO HARD AT A BROADWAY MUSICAL,” GENTLEMAN’S GUIDE tells the uproarious story of Monty Navarro, a distant heir to a family fortune who sets out to jump the line of succession by—you guessed it—eliminating the eight pesky relatives (all played by one courageous man) who stand in his way. All the while, he’s got to juggle his mistress (she’s after more than just love), his fiancée (she’s his cousin but who’s keeping track?), and the constant threat of landing behind bars! Of course, it will all be worth it if he can slay his way to his inheritance… and be done in time for tea.