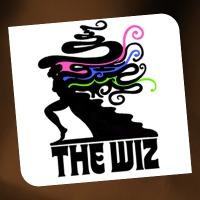 The Wiz: The Super Soul Musical is an African-American adaptation of Baum's famous novel that has been the inspiration of so many other works. It opened on Broadway in 1975, becoming one of the first all-Black hit musicals. It paved the way for many all-Black Broadway shows, including Ain’t Misbehavin’, Bubbling Brown Sugar, Dreamgirls and many more. The Wiz had its Canadian premiere at the Royal Alex in January 1978.

With an original score by Charlie Smalls, book by William F. Brown and direction by the Trinidadian-American dancer, actor, director, designer and producer Geoffrey Holder, The Wiz won seven Tony Awards, including Best Musical. It was subsequently produced around the world, made into a film starring Diana Ross and Michael Jackson, and, most recently, had a live television production on NBC in 2015. New York Times critic Frank Rich summed up the musical’s enduring strengths: "What made The Wiz surprisingly moving is that its creators found a connection between Baum's Kansas fantasy and the pride of urban Black Americans. When Glinda, the good witch, musically instructed Dorothy to 'believe in herself,' she seemed to be delivering a broader inspirational message. The Wiz had something to say about Black self-respect, and it said it with verve and integrity."