THE LIFE AND TIMES OF THE TEMPTATIONS

Use of strong language and mature themes. Loud noises such as gunshots.

Recommended for ages thirteen (13) and up. Babes in arms or children under the age of two (2) are not permitted in the theatre. 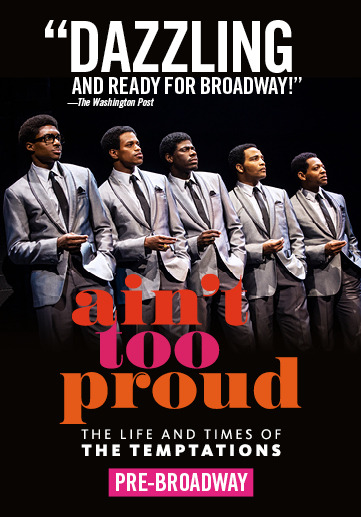 Before The Temptations became “the greatest R&B group of all time” (Billboard, 2017), they were just five young guys on the streets of Detroit. After getting discovered by Berry Gordy and signed to his brand-new label, Motown Records, it took them 24 tries before they finally had a hit song. The rest is history — how they met, how they rose, the groundbreaking heights they hit, and how personal and political conflicts threatened to tear the group apart as the United States fell into civil unrest. This thrilling story of brotherhood, family, loyalty, and betrayal is set to the beat of the group’s treasured hits, including “My Girl,” “Just My Imagination,” “Papa Was a Rolling Stone,” and so many more.