Why ‘Jesus Christ Superstar’ the Album Has Always Rocked

When I discovered the record, it felt like the bizarre offspring of my deepest, dorkiest passions: theater and dad rock.

I’m here to spread the good word of “Jesus Christ Superstar,” the album.

It’s a little odd that a record so rapturously received, at least in the United States in the early ’70s, is now mostly left off best album lists, and didn’t secure a lasting place in the rock music canon.

Then again, perhaps it was inevitable that “Superstar” the album would end up eclipsed by “Superstar” the stage show, which followed a year later. It’s natural to think of the album as an artifact of the theatrical experience, rather than as a singular artistic vision in its own right, because that’s the way it usually works. It can be tough, for new listeners, to hear the music for the theater.

Maybe it’s just that no serious rock connoisseur wants to admit to digging the guys who did “Joseph and the Amazing Technicolor Dreamcoat.”

Excuse me, for a moment, if I come off as weirdly defensive about the work of Andrew Lloyd Webber and Tim Rice. The night my parents met, my mother, a former singer, was performing “Don’t Cry for Me Argentina” onstage. She has still never seen “Evita.”

Revisiting the 1970 album via the recent release of the 50th anniversary edition, I’m as excited by it as I was when I was 15 and listened to it for the first time. My high school classmates were wallowing in their teenage angst listening to Limp Bizkit and Korn — this was around the turn of the millennium — and here I was, immersed in the bizarre offspring of my deepest, dorkiest passions: theater and dad rock.

But for me, tuning into a Judas-centered retelling of the Passion of the Christ felt like a kind of rebellion too. I was obsessed with the song “Gethsemane (I Only Want to Say),” which epitomized emo before that musical term existed, and the electric-shock scream of Deep Purple’s Ian Gillan, in the role of Jesus, railing at an unresponsive God. (“Show me just a little of your omnipresent brain!”) While “Superstar” isn’t overtly anti-religious, the impertinence of it gave a young, questioning Catholic a lot to think about.

Gethsemane (I Only Want To Say) - Jesus Christ Superstar (1970 Version) 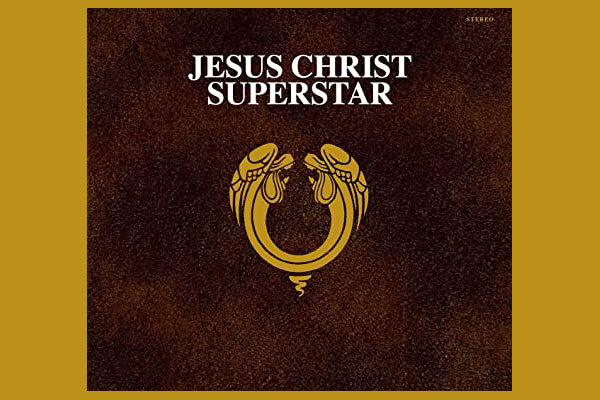 Like a lot of music I loved, and still love from that era, it was kind of preposterous. The “Superstar” overture alone — surely one of the most unsettling rock record openers, let alone musical overtures — features harrowing electric guitar, synth, strings, boisterous brass, and a choir dropped in from a horror movie. The whole thing is more Roger Waters than Rodgers and Hammerstein. Indeed, those musical ingredients can be heard in Pink Floyd’s “Atom Heart Mother,” released in the United Kingdom the same month as “Superstar.”

The musical tracks for “Superstar,” Rice explained during a podcast, were laid down in a haze of marijuana smoke — at the same London studios where the Rolling Stones recorded “Sympathy for the Devil” — with each day’s session beginning with a half-hour jam session. Most of the musicians had played Woodstock behind Joe Cocker. Gillan recorded his vocals in three hours and played a gig with Deep Purple that night.

From the get-go, there’s “Heaven on Their Minds,” whose guitar riff has an evocative directness right up there with Metallica’s “Enter Sandman.” It also has Murray Head as Judas screaming “Jesuuuus!” and sounding kind of blasphemous doing it. How often do you want to blast a showtune — the term seems inadequate here — as loudly as possible? How many classic musicals kick off with a sound and atmosphere worthy of heavy metal? (Not counting “Les Misérables,” whose opening number features the chain-gang clink of actual heavy metal.)

On the other end of the spectrum is “I Don’t Know How to Love Him,” a moment of tuneful introspection not miles away from Carole King’s “Tapestry,” which was the second-highest-selling album of 1971 behind “Superstar.”

If one thinks of “Superstar” as a concept album, it’s that rare one that tells a compelling, coherent story, more narrative driven than Pink Floyd’s “The Wall” or the Who’s “Tommy,” with none of the vaporous verbiage of a lot of rock music at the time. The whole thing is built, as Lloyd Webber is fond of saying, “like a cast iron boat” — a rock radio play, or a stage show for the proscenium of the imagination. In music industry parlance, it’s all killer, no filler.

Rice, the former aspiring pop star that he was, has always excelled in down-to-earth lyrics that make outsize characters thoroughly relatable. It’s partly why the lead vocal performances here hit you in the gut. When Yvonne Elliman’s Magdalene cries “He scares me so,” you believe her. When Murray Head’s Judas chokes out the same line, in his own anguished version of that song — Lloyd Webber, ever the skillful deployer of the poignant reprise — you believe him, too.

When it comes to Lloyd Webber’s musical audacity, it can sometimes feel as if it’s not just rock snobs that underrate “Superstar,” but also self-professed musical theater lovers.

Again, it may seem strange to suggest that the composer of “The Phantom of the Opera,” sometimes considered to be one of the most successful pieces of entertainment, is underrated by musical fans. But it’s precisely because of that kind of commercial success that Lloyd Webber is taken for granted, dismissed as a populist composer of the kinds of hummable melodies that might, say, pacify a temperamental president.

This is unfair to the composer who, on “Superstar,” was having his way with the kinds of time signatures that were dazzling fans of Emerson, Lake and Palmer. Just listen to “The Temple,” its feverish 7/4 time signature is a nod to Prokofiev’s equally tumultuous seventh piano sonata, with nary a beat to take a breath. Even more impressive is “Everything’s Alright,” probably the catchiest tune ever written in 5/4. And I include Dave Brubeck’s “Take Five” in that.

That’s not to mention Lloyd Webber’s essential, monumental achievement here, of creating 90 minutes of music deftly combining orchestra, rock band and a small army of vocalists. Let’s just say that Stephen Sondheim, who happens to share a birthday with Lloyd Webber, doesn’t have a monopoly on musical complexity, psychological depth and conceptual ambition.

Lloyd Webber and Rice became musical theater royalty. But before that, they were a couple of shaggy-haired youths who captured the disparate music of the era like few other musicals until “Hamilton.” There was nothing like it in 1970, and there’s not been a lot like it since.